Our California office is conveniently located in San Diego, on Shelter Island, at the heart of Southern California's yachting community. Only minutes from Downtown and the San Diego International Airport this office features a full service, catamaran friendly, ship yard with brokerage docks and is surrounded by yacht services of every type.

Shelter Island is a neighborhood of Point Loma in San Diego, California. It is actually not an island but is connected to the mainland by a narrow strip of land. The "island" is 1.2 miles (1.9 km) long and only a few hundred feet wide. A single street, Shelter Island Drive, runs the length of Shelter Island and also connects it to the mainland via a causeway lined with marine-related businesses. It was originally a sandbank in San Diego Bay, visible only at low tide. It was built up into dry land using material dredged from the bay for US Navy requirements in World War II. It has since been developed and contains hotels, restaurants, marinas, and public parkland.

Shelter Island is owned and controlled by the Port of San Diego, which also provides all police and other public services. Shelter Island businesses lease their location from the Port. Their Maritime Services Division is composed of three departments – Marine Operations, Maritime Trade Development and Maritime Properties and Facilities. Maritime Operations monitors all vessel activities at the Port’s cargo and cruise terminals, including several mooring areas and commercial piers around San Diego Bay.

Take advantage of some of those anchoring destinations such as Glorieta Bay in Coronado, La Playa Cove in Point Loma and Mariner's Cove in Mission Bay. All three are fabulous, well protected, scenic anchorages. Reciprocal yacht club privileges are another fun way to visit different parts of the bay.

Or enjoy a day on the water. A day sail in San Diego can easily include open ocean sailing with views of Hotel del Coronado, Point Loma Lighthouse and the Los Coronados Islands of Mexico or a scenic sail by the San Diego waterfront with features like the historic Star of India, the USS Midway museum and the Coronado Bay Bridge.

SAN DIEGO, California, July 21, 2015 — Gemini Catamarans is pleased to announce the selection of The Catamaran Company as their authorized dealer in California.

Following over a decade of successful years of representation of the Gemini brand in the southeastern and mid-Atlantic states, The Catamaran Company has expanded into the western market with a location in Shelter Island, California, a community of San Diego.

“The Catamaran Company is the worldwide leader in all aspects of the catamaran market,” says Gemini Catamarans President Laura Hershfeld. “The success of our Gemini models is highly dependent on our dealer network. Having The Catamaran Company, the world’s largest retailer of new and brokerage catamarans, strengthens our position in the western United States.”

California native, previous Gemini owner and yacht broker, Monte Cottrell, will be heading up the San Diego office. “We feel Monte’s understanding of both the west coast market and the Gemini buyer will be a great asset to The Catamaran Company and Gemini Catamarans as we expand our marketing efforts to the west coast,” stated The Catamaran Group President Hugh Murray.

Laura Smith Hershfeld’s most recent design influence can be seen throughout the Legacy model. From the cockpit to the salon to the master stateroom, she has a strong understanding of use of space and the importance of light. The company believes these attributes along with the ease of sailing and effortless movement will be well received. Add to the mix that this will be the first time a Catalina Yachts built Gemini Legacy 35 will be available for viewing in its home state of California, Gemini Catamaran owners and enthusiasts have a lot to look forward to. Expected delivery is mid-August 2015.

About Gemini Catamarans
Gemini catamarans have been built in the United States since 1981. Original Performance Cruising founder Tony Smith moved his entire family across a temperamental Atlantic Ocean to build a better boat and further introduce the United States, specifically the Chesapeake, to multihulls. Gemini Catamarans’ history spans more than three decades, taking the company through water, fire and more than one economic downturn. Not only has the company survived but thrived now dotting the world’s oceans, lakes and rivers with over 1,200 Gemini catamarans from the 3000 model to the Legacy 35. 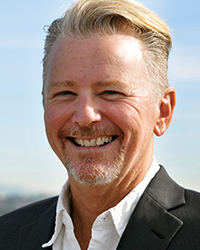 Monte's diverse background in the world of sailing includes 13 years of living aboard and cruising on sailing catamarans, much of this while homeschooling his then young family. Monte began selling multihulls while working at the Corsair Marine factory in San Diego nearly twenty years ago. Since then he has gone on to help countless clients, the world over, find just the right boat to realize their sailing dreams. Monte holds a 100T USCG Master's ticket and is a licensed and bonded Yacht Broker in the state of California. When not on the water Monte can be found playing in his Mariachi band or riding one of his classic motor bikes.

Please search all our catamaran inventory worldwide. Please note you will be leaving Lauderdale Marine Center website and entering Catamarans.com upon your search. Enjoy!

Fountaine Pajot have been designers and boat builders since 1976. As keen sailors, our aim has been to develop unique expertise to create high-performing, seaworthy, innovative and comfortable boats.

Gemini Catamarans is America's most successful sailing catamaran builder. Combining passion and a collaborative approach with over 35 years of innovation in catamaran design, research and development, and yacht manufacturing, it is no wonder that over 1200 Gemini Catamarans models are currently cruising the world's oceans, seas and waterways.

Sailors have lauded the Gemini 105Mc and the Legacy 35 for her unique ability to get a wide range of sailors out on the water to experience the joy, performance and relaxation that only a well-crafted cruising catamaran can deliver. The Gemini "Freestyle" 37 Concept fulfills this original intention in entirely new and captivating ways. It's about so much more than checking off options and equipment - it's about dreaming up your ideal sailing catamaran and surpassing your dreams. All the reasons this boat has been an American tradition since 1981.

As one of the world's largest catamaran dealers, The Catamaran Company brings a wealth of knowledge, marketing prowess, and skilled sales and logistical professionals to promote and support the sale of the Gemini Catamaran to one of the largest sailboat markets in the United States.

Lagoon is a world leader in sailing catamaran cruisers. Lagoon has been building luxury catamarans since 1984 and has kept developing its offer to satisfy all your expectations with a range of boats including a full line of sailing catamarans as well a new line of motor yachts.

The first generation of catamarans was launched from 1987 to 1996 with the Lagoons 55, 47, 57 and 67: all ocean cruising private yachts. However, the Lagoons 37 and 42 were more suited to the charter market. The production was limited, but it established some strong guidelines by which the brand could be recognized from the outset: the high quality of design and construction with better than average performance.

These are still Lagoon's fundamental values.

1996 saw the launch of a new generation of Lagoons that took over the market immediately with the use of the following basic principles: maximum protection in the sun, maximum use of space available (hence the vertical cabin windows, now a Lagoon trademark), more comfort and paying careful attention to the trends set by the private customers.

Since 2003, Lagoon is the world dealer in cruising catamarans due to its innovative range and supportive distribution network. Today, Lagoon can boast to having 75 passionate catamaran specialists distributors all over the world. Lagoon Catamarans are enjoyed all across the globe by private owners and charter fleet operators.

Since 2010, when VPLP's Oracle won the America's Cup, Nauta Design (another great name in naval architecture) has been working with Lagoon to design the interiors of new models.

As a Lagoon Catamaran dealer, The Catamaran Company can provide you with the support and expertise to help you select your perfect yacht. Select a model to see more information and contact us today for more information.

No one can build catamarans better than the French. That's why the NAUTITECH Line is build close to the Atlantic in Rochefort. But the interior know-how for the catamarans is still kept in Germany. All interior parts are built by the experienced professionals in the world-known carpenter's shop in Giebelstadt, Germany. All parts find together in Rochefort and the result: a perfect symbiosis for a perfect catamaran.

Speed and comfort are the essential attributes that apply to catamaran sailing. The high sailing performance that results from weight and displacement is supplemented by a considerable gain in living space for the crew, as well as significantly improved stability, smoothness and ease of handling. Travel time is reduced as distance is increased, and you can enjoy your stay on board in the most relaxed and comfortable way.