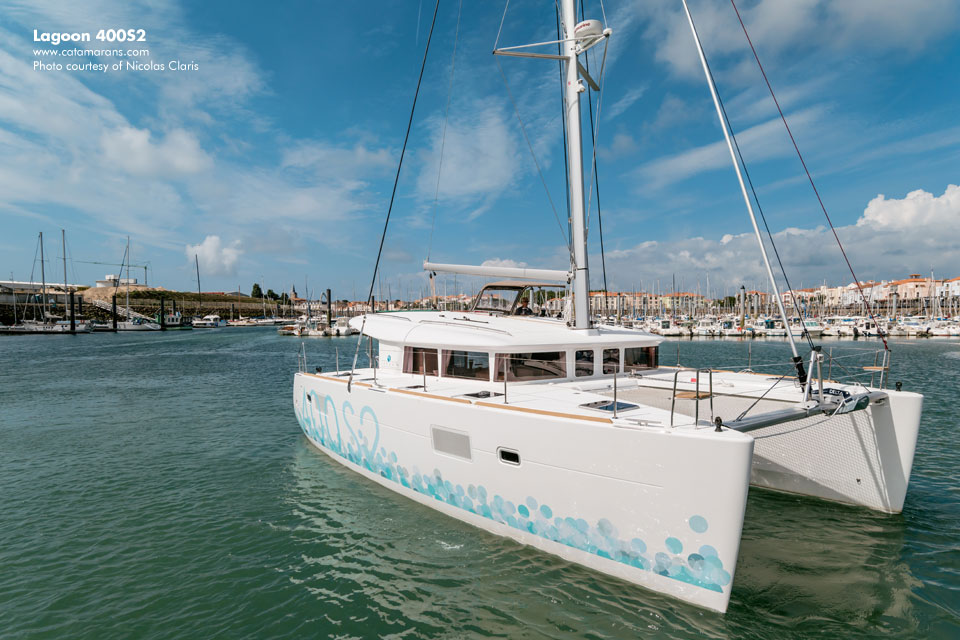 The Catamaran Company is the worldwide leader in all aspects of the catamaran market. We specialize in the sale of new and used catamarans, the worldwide chartering of catamarans whether for a day, a week, a month, either bareboat, with a captain or with a full crew. We provide all catamaran related services and repairs, and simply put, offer a one-stop destination for buyers, sellers, owners and guests looking for a sailing vacation. The company offers a wide range of value-added services including catamaran insurance, documentation, delivery, dockage, financing, yacht management and charter yacht placement options. The Catamaran Company has 18 full time licensed and bonded catamaran brokers with over 250 years of catamaran experience between them.

The group first began operations in 1989 trading corporately at that time as "Catamaran Charters and Sales". The group was founded by and managed by Eric Paris Martel and was, and continues to be, owned by Ron Esserman, a large new car dealer with numerous dealerships in South Florida. In the early days of the business, the company focused solely on two main functions through two separate businesses, namely the sale of new and used catamarans (Catamaran Sales Inc.) from their Florida Sales Office in Ft Lauderdale and the provision of catamaran charter vacations (Catamaran Charters Ltd) from their charter base in Tortola, BVI.

Catamaran Sales Inc. (CSI) was the original importer and Distributor of "Privilege Catamarans" into the USA in 1989 and became the exclusive North American representative of Jeantot Marine, the manufacturer of Privilege in France. Over the following 10 years CSI grew to become the largest Privilege dealer in the world, representing sales of 25% of all the new catamarans that Privilege built. 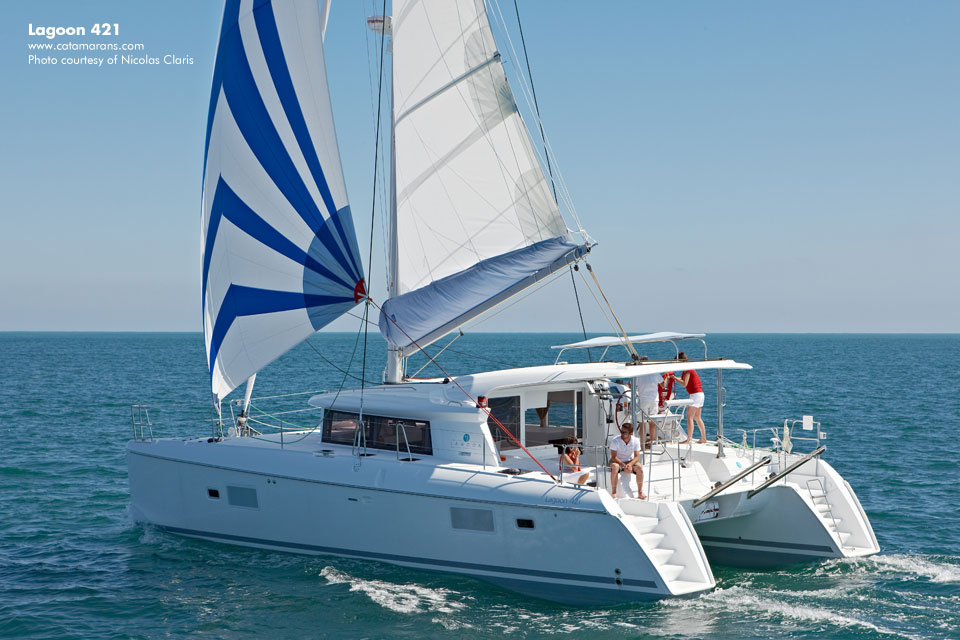 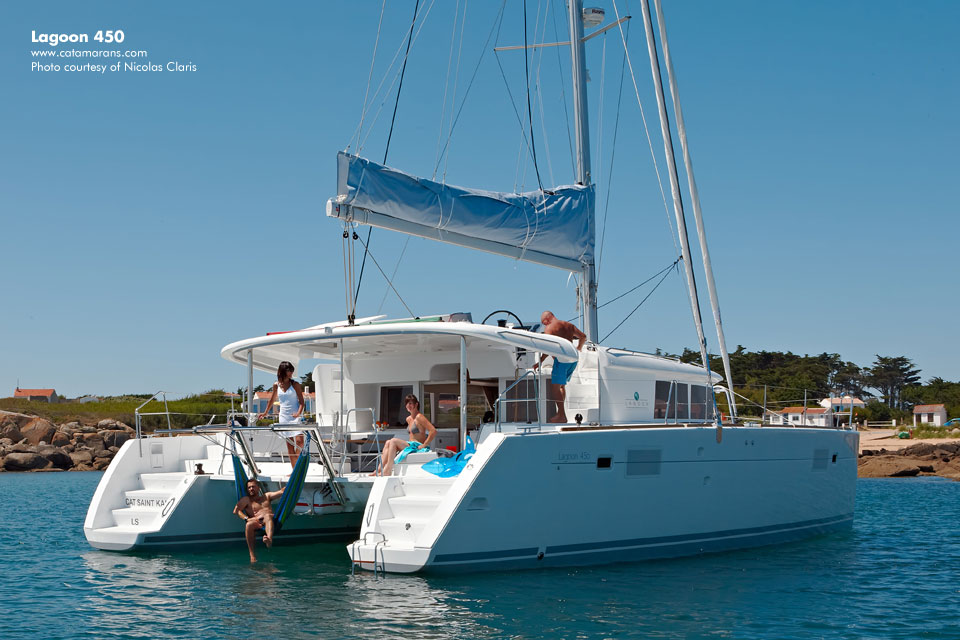 In 1996 a new management team was brought in to advance the group to the next level, headed up by charter industry veterans Hugh Murray and Gisela Cuadros, the former President and Financial Director of Sunsail USA respectively.

In 1997, the company name was changed to "The Catamaran Company". Marianne Doux-Laplace was promoted to Manager of all charter base operations, a position she retains to this day at her base in Tortola, BVI.

In 1998 The Catamaran Company was appointed the dealer for Lagoon Catamarans, a division of "Groupe Beneteau", the world's largest builder of sailing yachts, with a territory covering Florida and the Southern states. Lagoon at that time was the second largest catamaran builder in the world with around 25 dealers throughout the world. Within five years Lagoon had grown to become the largest catamaran builder in the world and The Catamaran Company had grown to become its largest worldwide dealer, a position held for most of the subsequent decade.

In 1999, slightly before the growth of the internet as a valid marketing tool, the company purchased the domain name The Catamaran Company and over the next five years invested more than $1M building a web team to develop the world's largest catamaran website. From 2003 until today, The Catamaran Company became and continues to be the highest ranked catamaran website on the internet. 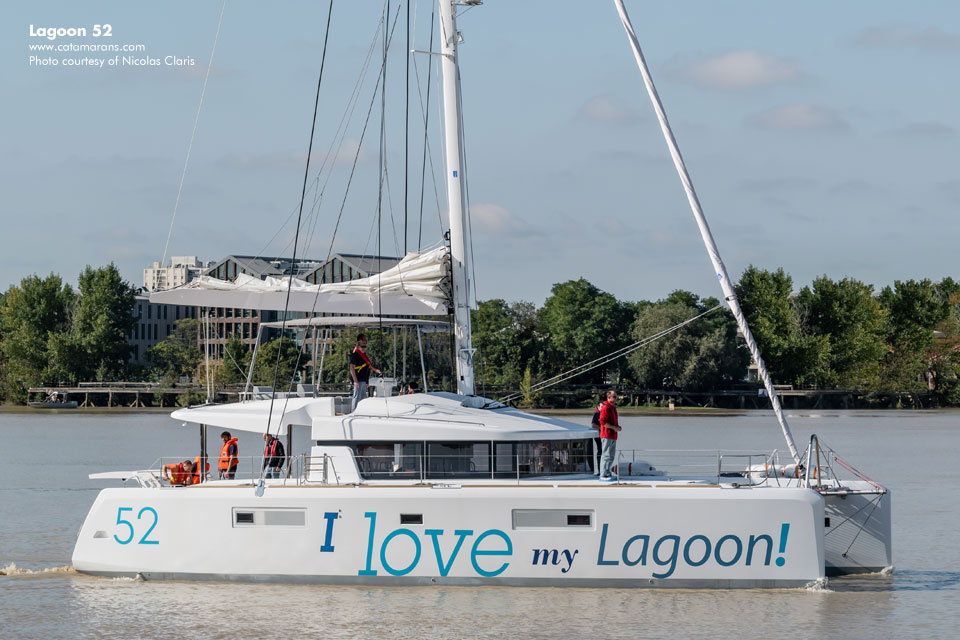 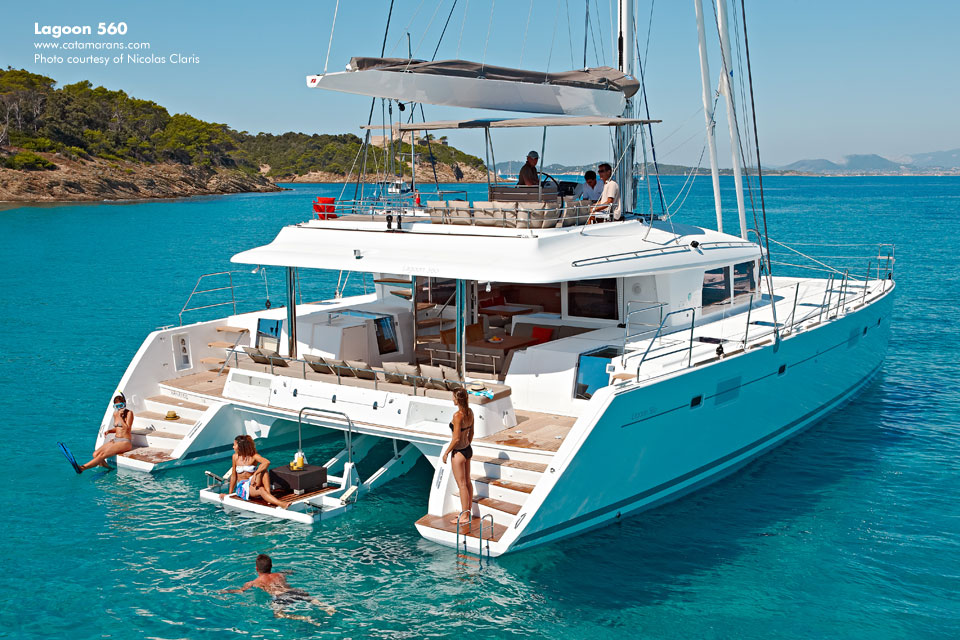 2 Hulls also owned the website www.2hulls.com which was the first and leading catamaran website since the mid 90's until it was overtaken in 2003 by The Catamaran Company.

As the company grew in size and in sales there became an increased need for dockage, service and maintenance so the company signed long term leases on five separate dockage locations throughout Ft Lauderdale with dockage for up to 25 catamarans.

Also in 2004 a Catamaran Sales Office was opened in Key Largo, Florida, operated by Bill Ware, one of the foremost catamaran specialists in the industry.

In 2005, The Catamaran Company continued its expansion with the opening of the Annapolis Catamaran Center and within 12 months was appointed the Lagoon dealer for the Mid-Atlantic States. Currently this office has three full time yacht sales brokers and a full time operating staff.

Also in 2005, mainly due to a large increase in the number of sales and the growth of its business The Catamaran Company set up a new company to handle the paperwork side of the business and called it appropriately Details, Details. This division handles over 500 catamaran transactions annually and now employs three full time staff. 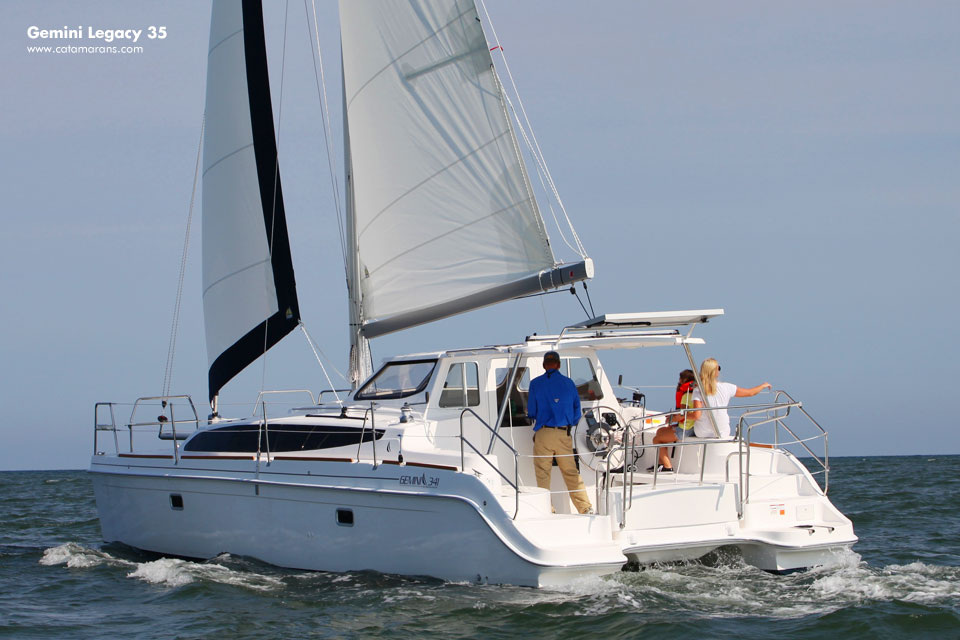 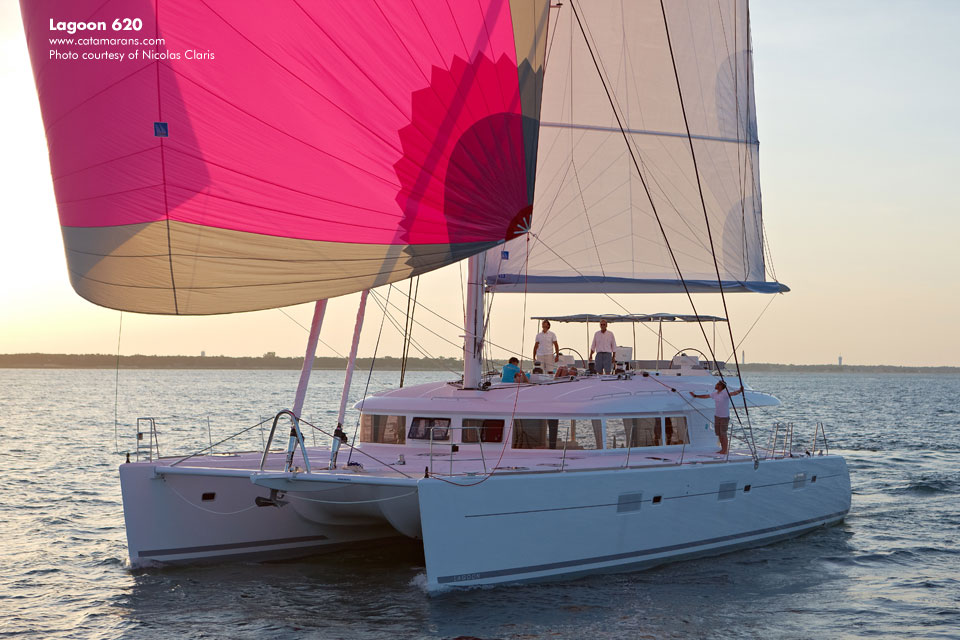 In 2008 The Catamaran Company took over the control and operation of the leading catamaran magazine in the US, "MULTIHULLS Magazine" and now produces this out of their head office in Ft Lauderdale in addition to having editorial staff remotely in New Hampshire. The magazine is only available in a digital format online and www.multihullsmag.com is the leading website for people using a search engine with the tag "multihull" rather than "catamaran".

In 2009 The Catamaran Company purchased a majority interest in Performance Cruising Inc., the manufacturer of Gemini Catamarans. Over the past 30 years more than 1,000 Gemini Catamarans have been manufactured in the US, making the Gemini the most successful model of cruising catamaran ever built. No other catamaran has come within 50% of those sales figures and today 90% of those Geminis built still remain all around the world. The Catamaran Company's partner in this venture was Laura Hershfeld, whose father designed and whose family built the Gemini from its very inception.

In 2009 a new Catamaran Sales office was opened in St Augustine, Florida. This office was expanded to four full time staff in 2011 and was relocated to larger premises in St Augustine Marine Center. The Catamaran Company – St Augustine has the exclusive rights to catamarans in this facility and annually arranges the storage and repair of over 40 catamarans during hurricane season. In 2013 a new catamaran lift was acquired increasing the capacity of catamarans that could be hauled and launched from 41 feet to 65 feet. 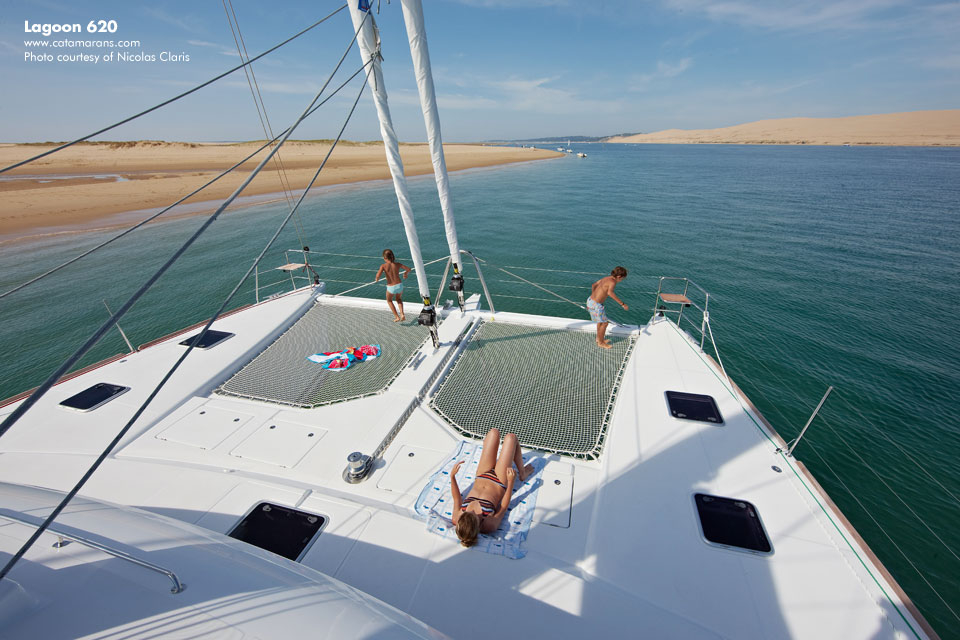 In early 2010 The Catamaran Company expanded its charter reservation department with a new division called "Catamaran Sailing Vacations" with the objective to provide their existing charter clients with catamaran sailing vacations outside of the sole company charter location in the BVI. This division currently operates with remote reservation staff in Montreal, Canada, Charleston, SC., St. Petersburg, FL and continues to be managed from the Ft. Lauderdale head office by Kimberly Lee, who has run Group Charter Reservations since 1998.

In early 2011 a Catamaran Sales Office was opened in St Petersburg, Florida and this office is now the second highest selling office in the Catamaran Group.

In 2012 a new Sales Office was opened in Lauderdale Marine Center, the largest yacht yard in South Florida. This office was opened jointly with Multitech, the outside company who takes care of all the service work for The Catamaran Company.

Within 12 months of opening this office became the highest selling office in the group.

Future plans include a new division catering to larger catamarans due to the increase in that sector of the market. Less than 10 years ago a $1m catamaran sale was a quarterly event whereas today it happens monthly. There are more 50+ foot catamarans built each year than existed in total in 2003 and The Catamaran Company sells more of these larger catamarans than any other company in the world. 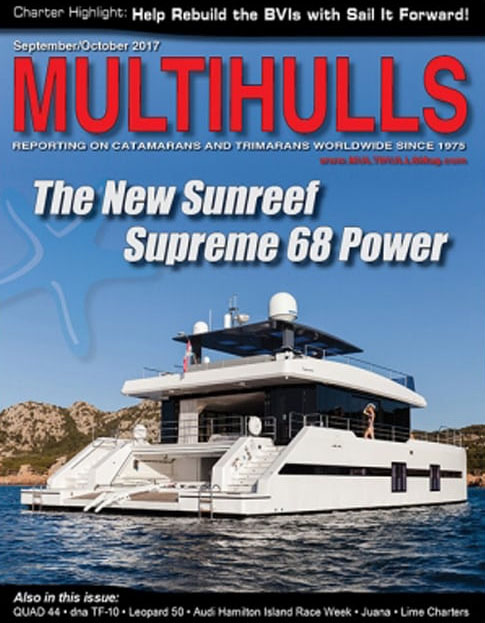